Bruno Fernandes admitted Manchester United must get to work on improving their passing and shooting in the final third after the side’s unconvincing 1-0 win over West Brom at Old Trafford.

The midfielder’s 56th-minute penalty was the only goal of the game on Saturday evening and the strike secured Ole Gunnar Solskjaer’s men their first home victory of the Premier League campaign.

Former United goalkeeper Sam Johnstone saved Fernandes’ initial effort from 12 yards but VAR intervened as replays showed he had crept off his line and the Portugal international made no mistake second time round.

Just ten minutes earlier, the visitors looked to have won a spot-kick of their own after Fernandes brought down Conor Gallagher but referee David Coote decided United’s talisman had touched the ball after reviewing the play on his pitchside monitor.

Discussing the performance with MUTV shortly after the final whistle, Fernandes said: ‘It was a tough game. They play really good football, they are tough at the back and really strong.

‘The performance was good but I think we can do much better and everyone agrees with this.’ 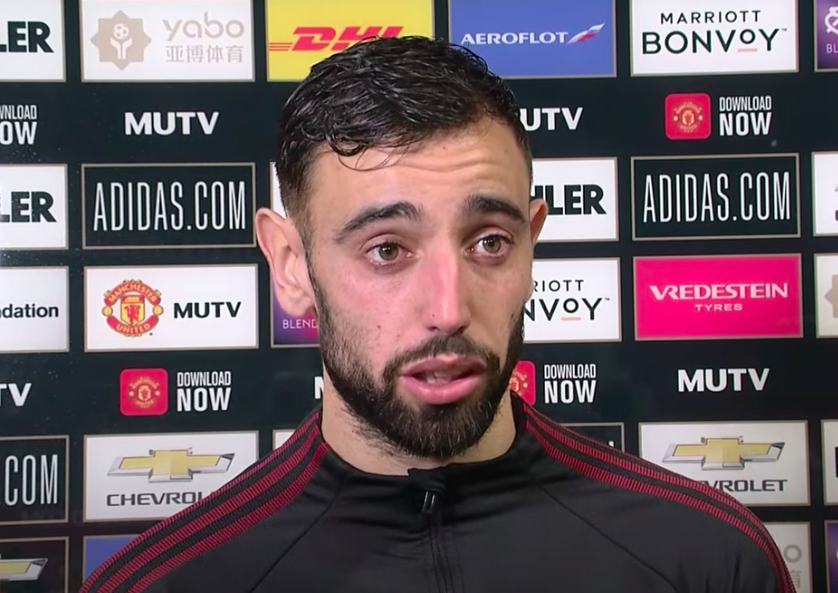 Fernandes added: ‘We know it was a tough game today and we have a clear chance to score and I have to score to help my team-mates to the three points because we needed three points in the league.

‘The most important thing today is the three points.’

A clearly frustrated Fernandes claimed United’s entire dressing room were in agreement that the display they produced against the Baggies was below par.

‘If we had scored in the first half the game could have been much easier because maybe they open up the game a bit more for us,’ he continued.

‘But we had chances to score and I think – like I said before – everyone agrees we can do much more.

‘We have showed already that we have more qualities than we showed today.’