Celtic have distanced themselves from rivals Rangers after supporters were condemned for breaking lockdown rules to celebrate the Gers’ title victory.

Steven Gerrard’s men ended Celtic’s hopes of winning an unprecedented ten-in-a-row when Neil Lennon’s side failed to beat Dundee on the weekend.

Their actions were a clear breach of lockdown protocols but Celtic were enraged by a suggestion from Gers chairman Douglas Park that the autohirites should have been prepared for such incidents as Celtic fans had congregated on Parkhead in December to call for Neil Lennon’s sacking. 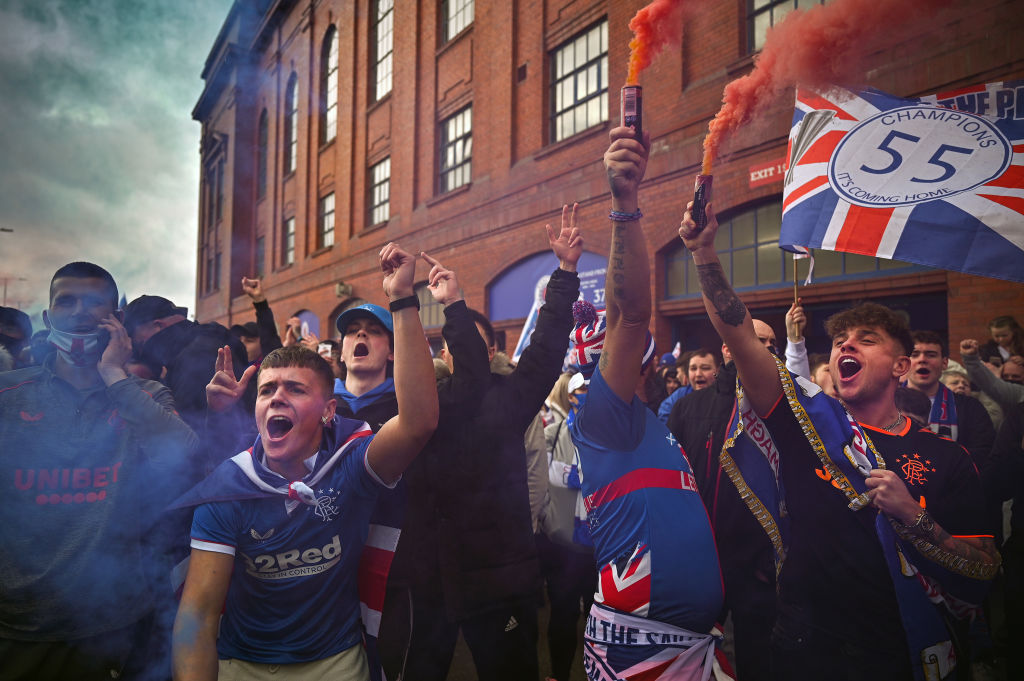 ‘Police intelligence indicated that some fans would congregate in groups given the fact that is not only a historic achievement but also due to the behaviour from the other half of the Old Firm outside Parkhead in December,’ said Park.

‘Additionally, I want to note a letter you have yet to reply to from our managing director on 8th December 2020 which asks why Rangers were included with Celtic in relation to fan behaviour during a press briefing.’

However, given the time between the two incidents, Celtic took exception to being partly blamed for the actions of Rangers fans.

In a post on Twitter, the Bhoys took a sly dig at the comments and said they’re ‘not half of anything’ in reference to being 50% of the Old Firm.

First Minister Nicola Sturgeon condemned the actions of the Rangers fans who attended the celebrations and insisted more could have been done to prevent supporters from turning up unannounced at the stadium.