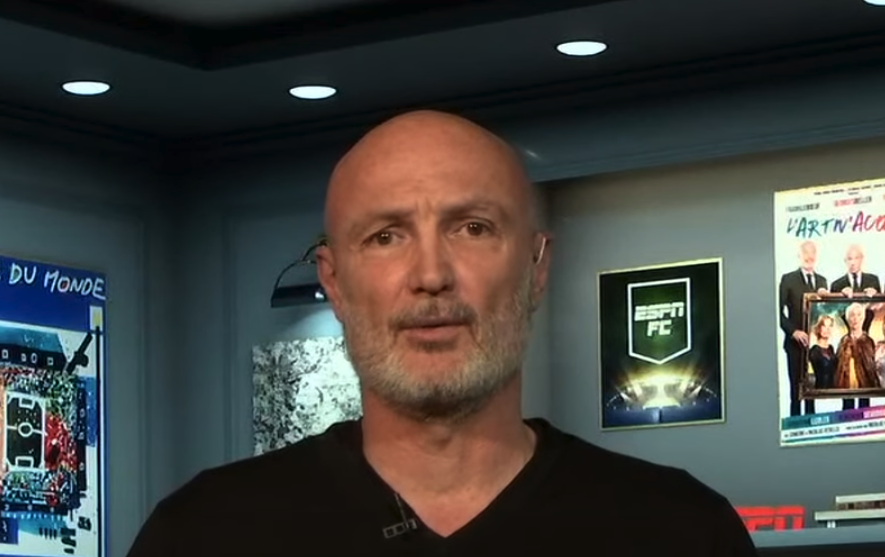 Frank Leboeuf has told Jurgen Klopp to stop making ‘excuses’ after he accused Manchester United of getting too many penalties.

Klopp was left fuming after Sadio Mane was twice denied a spot-kick in Liverpool’s 1-0 defeat to Southampton on Monday night.

After the match, he questioned the volume of penalties that United are given in comparison to his side.

‘I hear now that Manchester United had more penalties in two years than I had in five and a half years,’ Klopp said. ‘I’ve no idea if that’s my fault, or how that can happen.’

But former Chelsea defender Leboeuf feels Klopp should focus on his own problems rather than what’s happening to other teams.

‘I’m really fond of Mr Klopp, I don’t understand what he’s trying to do,’ he told ESPN. ‘He doesn’t need to find excuses. This season is a big mess.

‘For the penalty excuses, I played from 1996 to 2001 for Chelsea and I kept on hearing that Manchester United had penalties more than anybody else so it’s a long story.

‘But I don’t think Manchester United got all those trophies because of penalties more given to them than others.

‘So don’t go there. Don’t go to try and find something special. Everybody is doing badly and suddenly doing great and they’ll go back to bad or average – it’s what it is this season.

Solskjaer, meanwhile, hit back at Klopp’s comments and suggested he was trying to influence referees.

‘And that’s a fact, probably! That’s probably going to be my answer,’ said Solskjaer.

‘That’s a fact that we’ve got more than him, but maybe they should…I don’t know how many penalties they’ve had.

‘I don’t count how many penalties they have, so if they want to spend time on worrying about when we get fouled in the box, I don’t spend time on that.

‘I can’t talk on behalf of other managers, why they say things like this.

He added: ‘Obviously I felt it worked last year in the semi-final in the FA Cup, because Frank spoke about it and we had a nailed-on penalty that we should have had that we didn’t get, so maybe it’s a way of influencing referees.

‘I don’t know, but I don’t worry about that. When they foul our players it’s a penalty. It’s just when it’s inside the box.’