The Arsenal legend is a big admirer of the Borussia Dortmund attackers and thinks they would add a new fear factor to a side that already boasts the likes of Paul Pogba and Bruno Fernandes.

Sancho was heavily linked with a move to Old Trafford last summer but talk of a move has died down, with United thought to be focused on the transfer of his team-mate Haaland instead.

But former Gunners striker Wright thinks Ole Gunnar Solskjaer should be looking to bring both of them on board as he continues to develop this United side.

‘I’d still try and get Sancho as well to go with him [Haaland],’ Wright told Premier League Productions.

‘I envisage that if you can have a Man United side that had Pogba, Fernandes, Haaland and Sancho… you know what I mean? 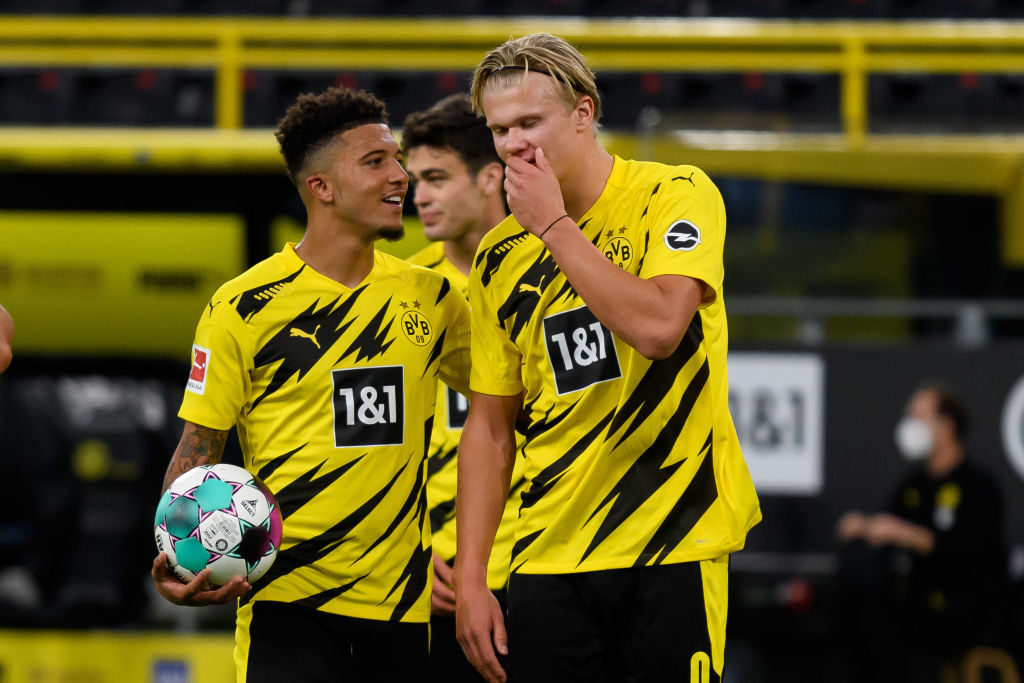 ‘Then you start to feel that somewhere along the line you’re going to get some creativity there.

‘My problem with Man United when I watch them is that they don’t keep the ball well enough in that last third where the creativity is needed to open a West Ham up, move defenders around, a link man like the forward who can hold it, keep it there on the edge of the box, play it around to someone like Fernandes who can slip it into little spaces.

‘Then all of a sudden you can counter attack or you can play through them. That’s what they need, any of those two.

‘I don’t think Sancho is something that they should just give up on because he’s creative as well, he goes past people.’