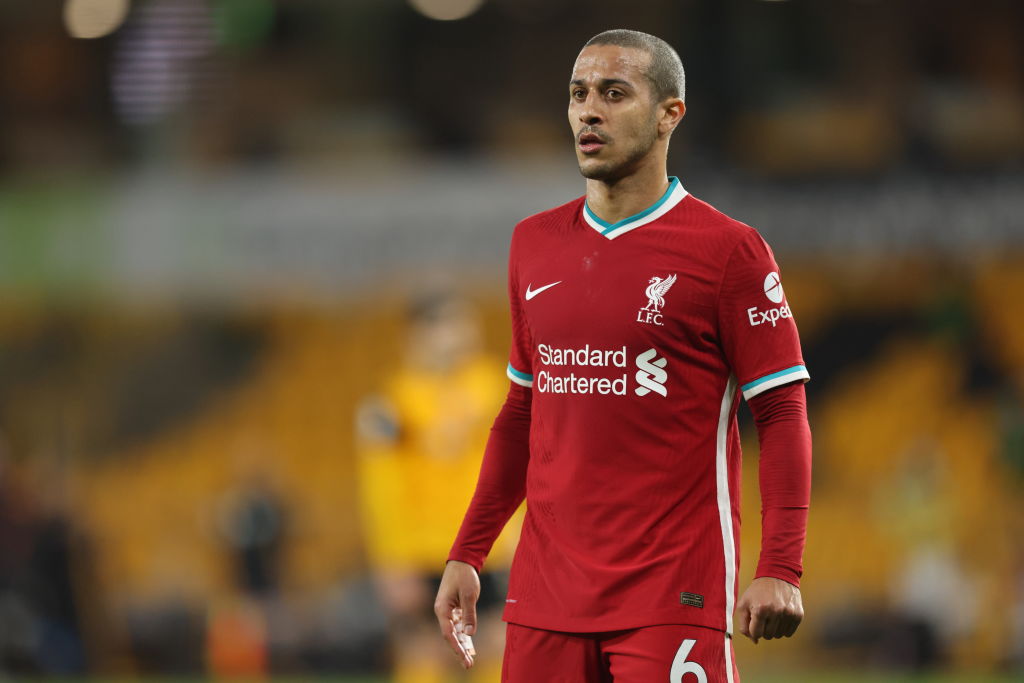 Jamie Carragher says he sympathises with struggling Liverpool summer signing Thiago as he has been used in multiple positions since his arrival at Anfield.

The 29-year-old became a world-renowned talent over his seven-year stint at Bayern Munich in which he helped the German club win seven Bundesliga titles and the Champions League in 2020.

But Thiago is yet to live up to expectations at Liverpool after making the £20million switch to join Jurgen Klopp’s side in September.

A bout of Covid-19 and injuries have halted his progress but Carragher suggested it is his switching of positions between a deep-lying midfield role and playing slightly further forward which may have hindered him.

‘I actually feel sorry for him a little bit because he’s played two or three different roles within midfield,’ Carragher said on The Robbie Fowler Podcast.

‘I think he was very good against Leipzig and you think of that knock-on effect of having Fabinho next to him and what that will do to his game.

‘Fabinho’s as good as anyone in Europe in that holding midfield role and I think we saw a glimpse of what Thiago can do going forward.’

‘I don’t think we’re going to see a different Thiago next season when everyone’s fit and firing because I actually thing he’s had some good games,’ Carragher added.

‘The problem he’s had is Liverpool’s games have become stretched this season because they’ve been losing.’