Jose Mourinho says he, and the club, have been disappointed by the Tottenham trio of Sergio Reguilon, Giovani Lo Celso and Erik Lamela, who broke Covid-19 regulations at a party on Christmas Day.

The Spurs boss seems especially frustrated with Spanish left-back Reguilon, who he had given a present of a suckling pig, because the Spaniard was due to spend Christmas alone.

Reguilon told AS before his Christmas Day activities came to light: ‘For example on Christmas day, he knows that I am alone.

‘We got to training on the 25th at 3pm and I had a box on my seat. I open it and it was a suckling pig already cooked.

‘He told me, “I know you are alone at Christmas so you don’t have to cook dinner and eat well”.’

Reguilon was left on the bench as Spurs beat Leeds 3-0 on Saturday afternoon and Mourinho admits he regrets giving the man on loan from Real Madrid the present. 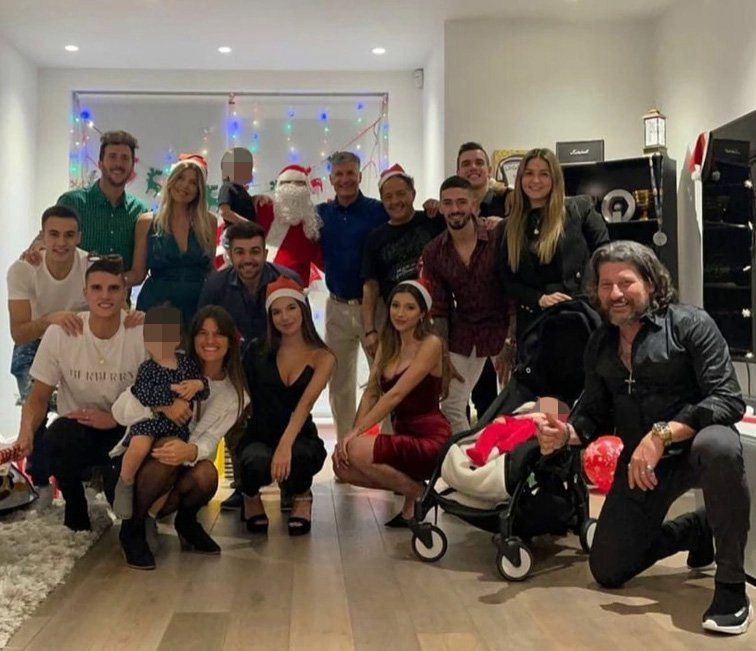 ‘I gave him an amazing gift,’ said the Tottenham boss after beating Leeds. ‘A Portuguese piglet which is amazing. I gave him because I was told he would be spending Christmas on his own.

‘He was not alone as you can see.

‘We as a club feel disappointed. We give the players all the education and it was a negative surprise for us.

‘I prefer to say disappointed (than angry). We know what we are internally. We don’t need to tell you the consequences, how we approached that negative surprise. I feel disappointed.’

West Ham United’s Manuel Lanzini was also in attendance at the party, with as many as 18 people involved in a photo posted by the Argentine on social media.

The 27-year-old tweeted on Saturday: ‘I want to apologise for a bad mistake I made over Christmas and I take full responsibility for my actions. I know people have made difficult sacrifices to stay safe and I should be setting a better example.’

Tottenham had already released a statement before Mourinho’s comments, condemning their players’ actions.

The Spurs statement read: ‘We are extremely disappointed and strongly condemn this image showing some of our players with family and friends together at Christmas, particularly as we know the sacrifices everybody around the country made to stay safe over the festive period.

‘The rules are clear, there are no exceptions, and we regularly remind all our players and staff about the latest protocols and their responsibilities to adhere and set an example. The matter will be dealt with internally.