by Admin
in News, Transfers
0

Jack Harrison has rejoined Leeds United on a season-long loan deal from Manchester City with a view to a permanent move.

The winger spent the last two seasons on loan at Elland Road, featuring in 91 games across all competitions.

Harrison played 46 Championship games last term, scoring six goals and registering eight assists to help Leeds seal promotion, and he will hope to finally prove himself in the top-flight having never featured for his parent club.

The England under-21 international played for Liverpool and Manchester United at youth level, but he wasn’t considered good enough to make the grade at both sides.

Harrison has become better under Leeds head coach Marcelo Bielsa, and it will be interesting to see if he can hit the ground running in the Premier League.

The winger is Leeds’ third signing of the summer transfer window after the loan deals of Helder Costa and Illan Meslier were made permanent, and Kalvin Phillips and Luke Ayling have reacted thus after he took to Instagram to comment on his Elland Road return: 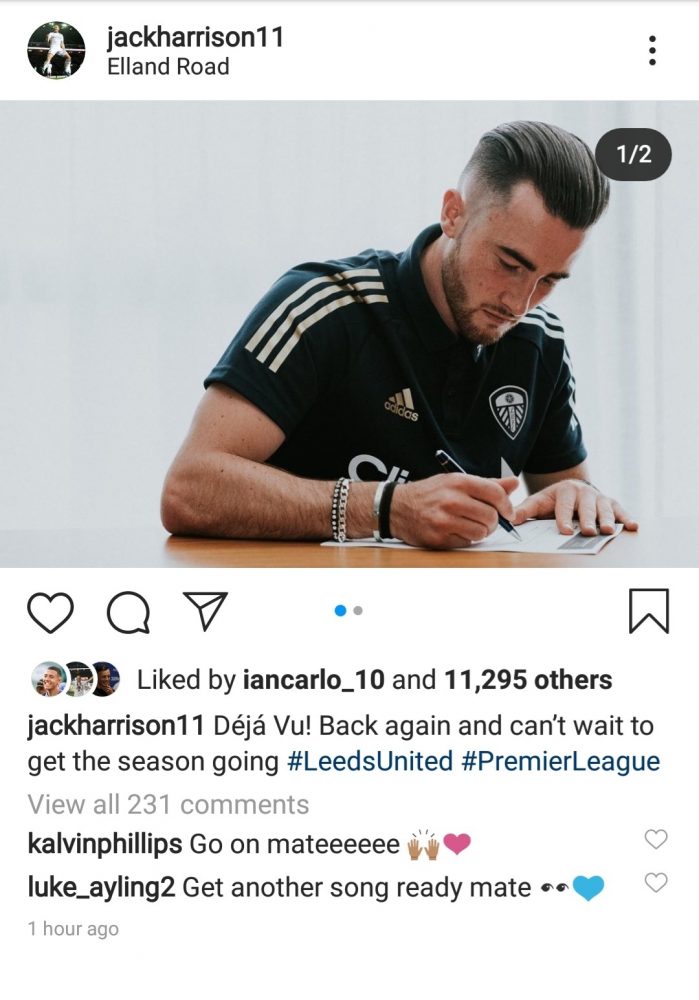