A frustrated Olivier Giroud has admitted he will be forced to consider a move away from Chelsea in the January transfer window if Frank Lampard fails to boost his playing time over the coming weeks.

The 34-year-old centre-forward is yet to start a single match in the Premier League or Champions League this term, with Tammy Abraham and summer arrival Timo Werner both ahead of him in the pecking order at Stamford Bridge.

It’s been quite the fall from grace for Giroud, who finished last season with an impressive tally of eight goals in the club’s final 13 games of the league campaign.

Giroud has been linked with a possible return to France for some time and the veteran attacker is desperate to improve his game-time in order to boost his chances of securing a place in Didier Deschamps’ squad for next summer’s European Championships.

Recent reports suggest David Beckham’s Inter Miami are eyeing an audacious bid to sign Giroud this winter and the out-of-favour striker fuelled rumours of a possible move as he discussed his future with French outlet Telefoot this weekend.

‘I am clear about my situation: I will have to make a decision in January. I hope to take the right one, as I have always done,’ the 2018 World Cup winner said.

‘It’s worrying. I thought I still had a role to play at Chelsea, but my playing time is getting reduced a lot.

‘It’s going to have to change, or else I must make a decision. 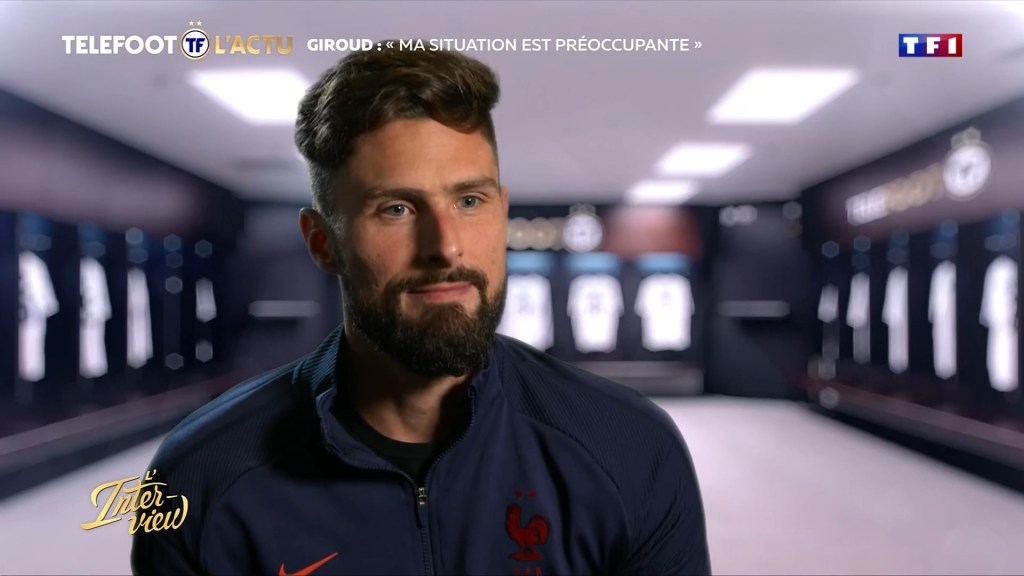 ‘We would like things to be a little easier, but we build and learn about ourselves in times of adversity. And as my friend [Laurent] Koscielny often says: I am at my best when my back is against the wall.

‘Even if some people talk about my age, I still feel very good physically.

‘I have a lot of desire and freshness and it’s what inside your head that makes a career last longer.’

Just last week, Giroud’s agent claimed his client deserved more opportunities given his form at the end of last season but said it was ‘too soon’ to seriously discuss a January move.

‘You’d be blind not to see that Frank Lampard has decided to put Tammy Abraham ahead of him,’ Michael Manuello told Foot Mercato.

‘It is not fair when you look at what Olivier did at the end of the season. But he has the right, it is his choice.’

‘Things have happened in the last five months. We cannot just look at the last two months and be forgetful about the three years that came before it.

‘But we have to be honest and if this continues, we will have to, first and foremost for him, experience other emotions.

‘For now, it’s too soon to know what’s really concrete or not.’