The wife of Manchester United goalkeeper Sergio Romero has hit out at the club for failing to grant the Argentine his wish of leaving Old Trafford on deadline day.

The 33-year-old was relegated to third choice following the return of Dean Henderson to the Theatre of Dreams this summer and he made the club aware in July that he wanted to leave in the search of first team football.

The Argentina international has been a fantastic back-up to David De Gea since his arrival from Sampdoria in 2015 and he’s shown his class on countless occasions by respectfully stepping aside in the latter stage of the FA Cup, League Cup and Europa League for the Spaniard, even if he was first choice in the earlier rounds.

Everton have expressed interest in Romero in recent days and the Argentine expected to be seal a move away from Old Trafford, given his service to the club in the last five years.

However, United set an £8m asking price for the veteran and clubs have shown a clear unwillingness to stump up that much.

With just hours left before the deadline passes, Romero’s wife has hinted that he’s now set to stay at the club by taking a dig at United’s board for failing to ‘respect’ the Argentine. 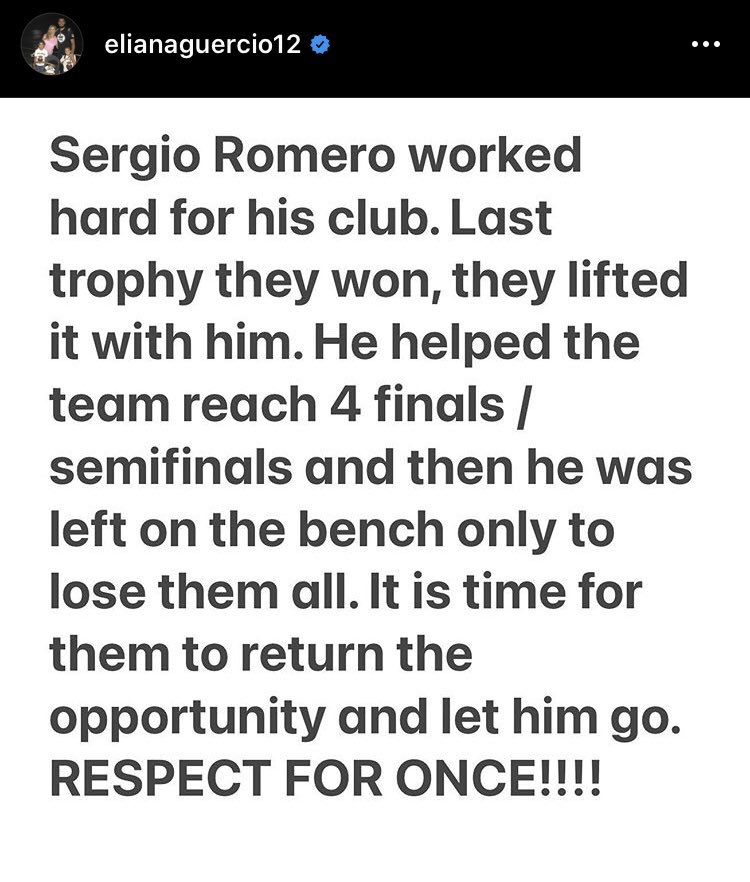 ‘Last trophy they won, they lifted it with him.

‘He helped the team reach 4 finals/ semifinals and then he was left on the bench only to lose them all.

‘It is time for them to return the opportunity and let him go.

United have failed to sell a single player this summer, with Alexis Sanchez and Andreas Pereira leaving for free and on loan respectively.

Chris Smalling is set to join Roma for a fee of around £18m but it’s unclear as yet whether Roma filed the necessary paperwork before the Italian deadline.