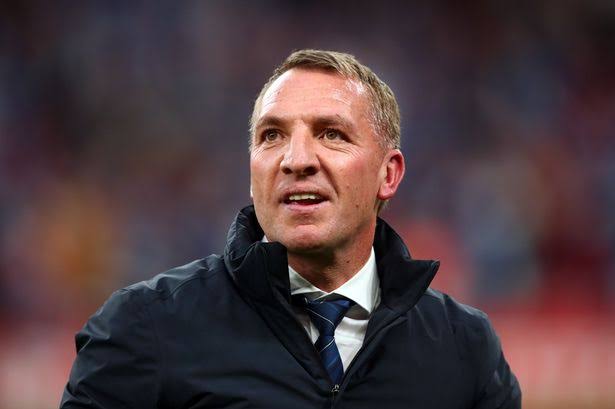 LEICESTER’S ABYSMAL FORM MAY CONTINUE WITH RODGERS STILL IN CHARGE

Leicester city lost to Tottenham 6-2 on Saturday which leaves them rock bottom of the EPL table with their manager Brendan Rodgers under increasing pressure with his job on the line. The warning signs have been there for all to see with just 1 draw and 6 losses in 7 games.

Their defensive woes have continued to haunt them, especially from set-pieces. The Foxes lack of recruitment during the transfer window is a major reason why the team is struggling. Long standing Captain Kasper Schmeichel who was a source of inspiration in between the sticks left for Nice in France and wasn’t replaced with a goalkeeper with similar or even better quality; little wonder why they have conceded 22 goals in just 7 games. Players like Maddison and Tielemans who are pivotal to the team are also not playing to their utmost best; their link to other teams which didn’t materialize definitely has a lot to do with their dip in form this season.

Either the qualification for European places or top 10 finishes which they have always achieved ever since they were promoted to the EPL and won the league in 2016 in their fairytale season, both now seem an impossible task that they can even come close to achieving such feats if the needed change is not made quickly.

With Leicester’s board are still keeping faith with Rodgers, their woes might not end anytime soon. The players currently look out of sorts; lacking motivation with the entire team’s morale totally down, it is difficult to see where the turnaround will come from. Leicester’s fan base are increasingly losing patience and obviously expressing dissatisfaction with their team’s performance and some section of them already calling for Rodgers to be fired. One won’t be surprised if Leicester battle for relegation this season if drastic actions are not taken as soon as possible.