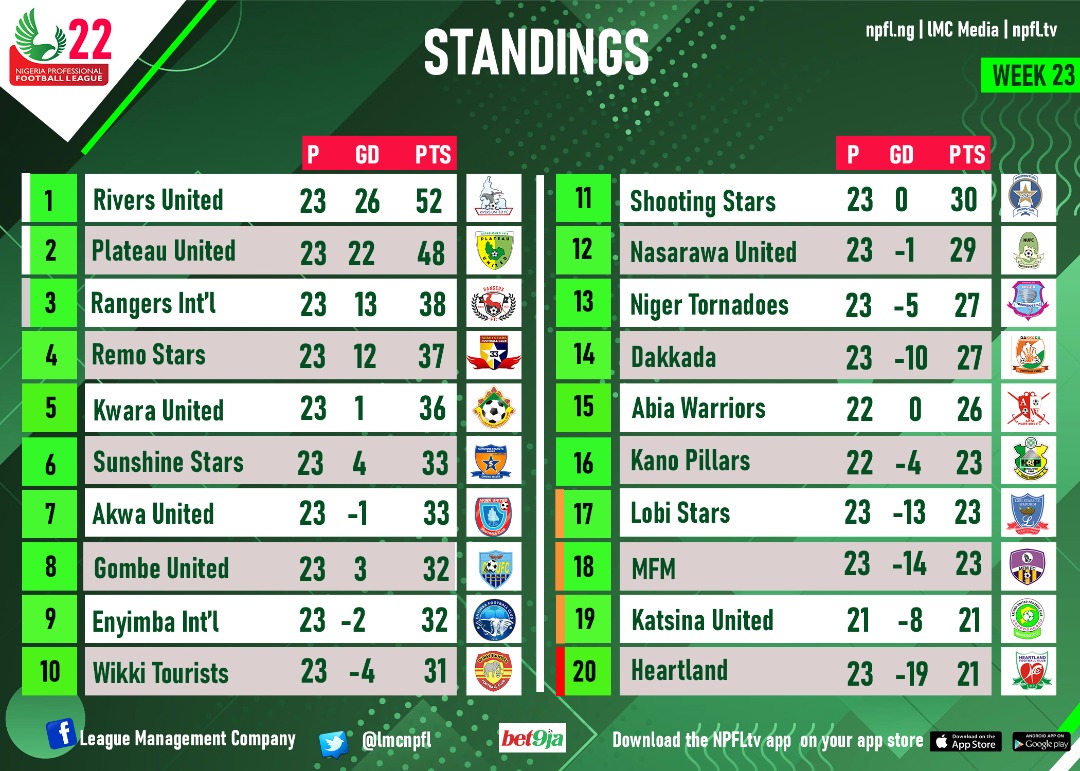 It was a matchday filled with draws as we had 5 draws, 4 home wins and the game between Kano Pillars vs Katsina United was called off because of fans invading the pitch. A total of 18 goals was scored, with just two games having a goalless draw.

Plateau United defeated strugglers MFM 2-0 to keep their title hopes as they remain in second position, 4 points behind league leaders.

The bottom 4 teams still remains the same, MFM, Lobi stars, Heartland all lost away from home, and Katsina United game was inconclusive against Kano Pillars and they still have 2 games in hand.