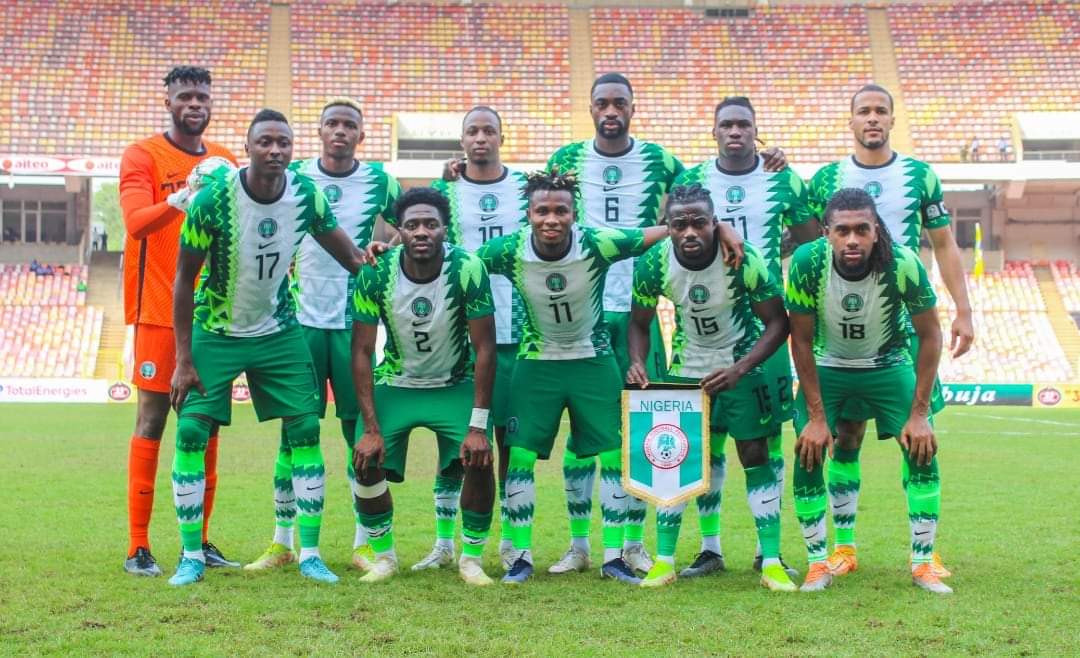 Nigeria came from behind to defeat Sierra Leone 2-1 yesterday in the qualifying match to AFCON 2023 which will be held in Cote d’ivoire.
Super Eagles got back to winning ways after losing to Ghana in their last competitive to clinch a spot for the World Cup in Qatar.

The away side started on the front foot by going all out and got rewarded for it in the 11th minute with a lovely diving header from a cross to stun the home side.

Alex Iwobi equalized for the Eagles with a well placed shot that left the goalkeeper rooted to a spot five minutes after the Leone stars took the lead. It was end to end stuff after Nigeria pulled one back with both sides creating chances but could not convert any.
Osimhen finally gave the home side the lead by tapping home a headed pass from Moses Simon after a well taken cross from Ola Aina. The Eagles went in halftime with their lead intact.

Jose Peseiro Nigeria’s Portuguese coach switched from a 4-4-2 to a 4-3-3 as the second half commenced by taking out Almeria’s striker Umar Sodiq for Etebo. The former Getafe midfielder’s introduction into the midfield made the Eagles control the game and dictated play.

Super Eagles limited their opponent to little goal scoring chances by keeping the ball and created little of their own. The game ended in favor of the home side with no goal in the second half. The Eagles next game is against Sao Tome and Principe away in Morocco on Monday 13 June.