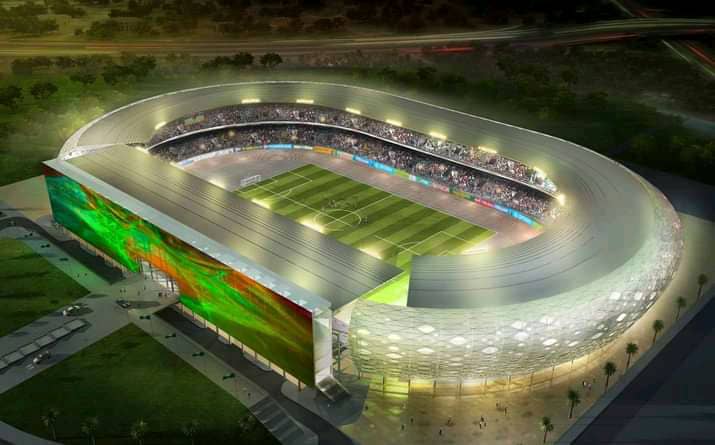 Confederation of African Football (CAF) delegation were in Uyo, Akwa Ibom state on Sunday 3rd of April to inspect the Godswill Akpabio Stadium in Uyo in a bid to host the CAF Champions League and CAF Confederations Cup final matches.

The CAF Cairo delegation was led by Inas Ahmed together with Fahmy Ahmed, Shenouda Emad and Kamel George. They were accompanied by Nasiru Jibril, the Club Licensing Officer of the NFF. Akwa Ibom state commissioner for Youth and Sports, Sir Monday Ebong recieved the CAF team who was also accompanied by Elder Paul Bassey the Senior Special Assistant to the Governor on Sports.

Mr Ebong expressed the gratitude of the state Governor for choosing the stadium as one of the potential stadia for the continental event. He assured the delegation of their preparedness to host such a huge footballing showpiece.

At the end of the inspection, the leader of the CAF team Mr Inas expressed his satisfaction with the facilities in the stadium and was more satisfied with the quality of the grass on the pitch rating it amongst the best in the continent. He assured that he would report to his superiors precisely what he met on ground.