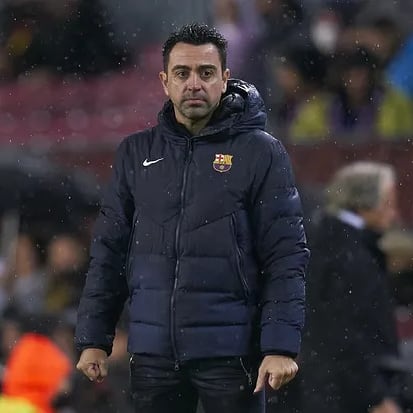 FC Barcelona has made some quality acquisition this season to take them back to the team the football world was already use to. Players like Raphinha, Christensen, Kessie, Kounde and Lewadowski who has already hit the ground running with four goals in three games are signs of better things to come for the Catalan side. One might say it early days yet but being unbeaten all through preseason till this current campaign and conceding just once seems like Barca fans can start dreaming again.

Xavi’s men started the season against Real Vallecano playing out a goalless draw, but the score line isn’t a reflection of how the game went. They had 21 shots, 9 of target, 6 on target and 6 was blocked. After an unconvincing first half against Real Sociedad, though Xavi’s subs made the difference with the introduction of Ansu Fati, barca ended up with 15 shots, 3 off target while 7 was on target converting 4. Against Valladolid, they had a total of 24 shots 8 off target, 7 blocked, 2 hitting the woodwork and 9 was on target. Away to Sevilla the Catalans had 18 total shots, 10 off target, and 8 on target with a convincing 3-0 win. These are signs that the team has improved from last season in not just creating chances they are also converting them.

Robert Lewandowski is already making history by becoming the oldest player to score 5 goals in his first four games in La Liga at the age of 34 beating Aubameyang last season who was 32. And it is already looking like he will be going head to head for the top scorer award this season with Benzema. Jules Kounde on his debut had 93% pass accuracy, created 2 chances, won 3 out 4 duels and had one goal line clearance. Against Sevilla he made 2 assist for Lewa and Garcia. Raphinha in 4 games has started three, he has 67% successful dribble, scored one and assisted one.

TER STEGEN BACK TO HIS BEST :

The German shot stopper has conceded just one goal in 4 matches and has kept 3 clean sheets. Despite his side always having the highest share of possession, Stegen has made 12 saves so far with 6 crucial one on ones. He has been heavily criticized for the past two seasons comparing to the high standards he has set without mincing words he has not been at his usual top performance. The former Monchengladbach keeper looks like his back to his usual best with his accurate passing range and point blank saves.

With the approval of three different levers, Barca has been able to strengthen the team to a point where they have virtually two quality players or more for each position. Unlike previous seasons where they had to rely on some of the Team B players that is no longer the case; they now have quality players competing for various positions.

Ousmane Dembele has upped his performances this season, he has a goal and two assist to his name. His also very unpredictable when attacking opposing defenders and always a menace when in full flow. Eric Gracia is another that has improved and started all 4 games this season with a goal to his name. Other young players like Pedri, Gavi and Balde who now puts Jordi Alba on the bench with an assist have all raised their game and made huge impact to the team. One can now say without mincing words that Barca are back to their best.