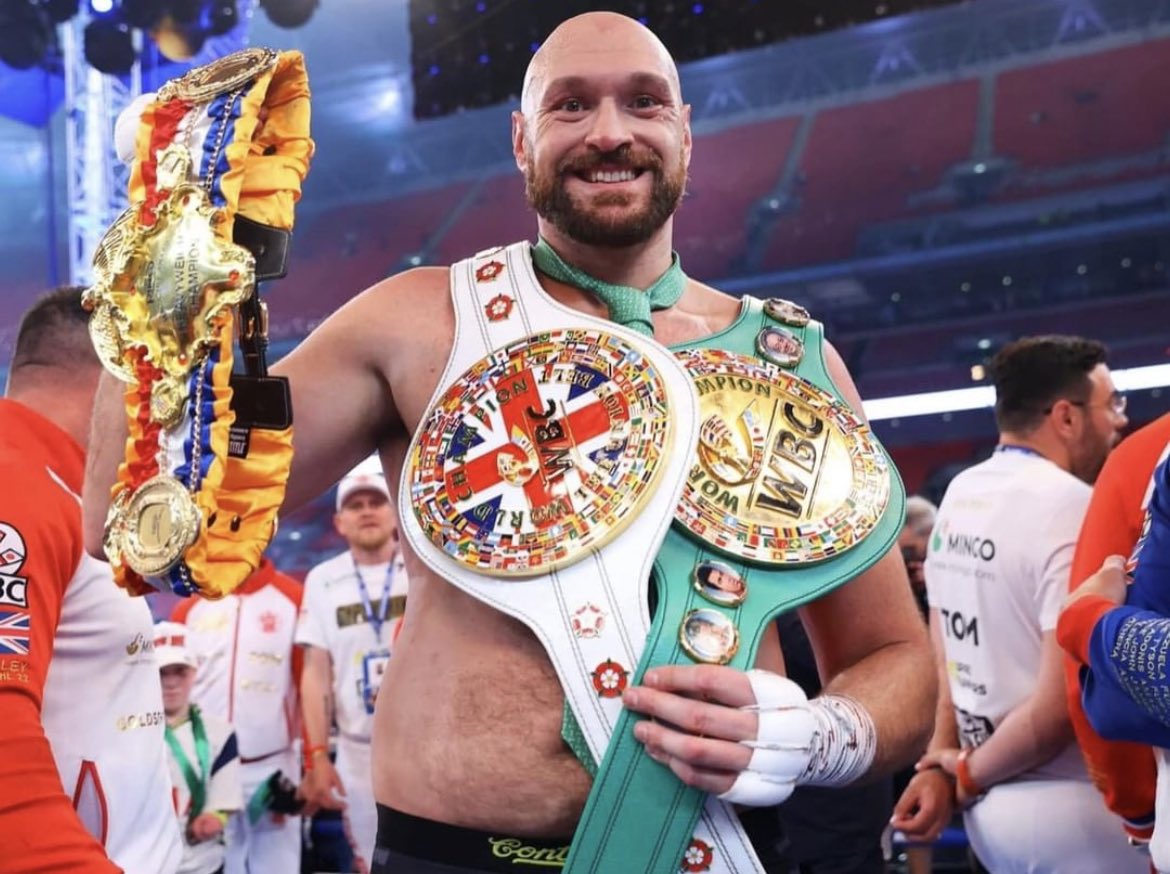 Tyson Fury knocked down Dillian Whyte in the sixth round in a packed Wembley stadium that had  94,000 spectators last night to retain his WBC title.

In the fourth round there was a clash of heads and Whyte had a cut which he retaliated with an elbow and the referee had to step in to separate both fighters.

The Gypsy King floored Whyte in the sixth round with a stunning uppercut but Whyte tried to get back to his feet but was too dazed and the referee had to end the fight and Fury remains the WBC champion.

After being asked about the undisputed fight between the winner of Usyk and Joshua but he suggested this would be his last fight.