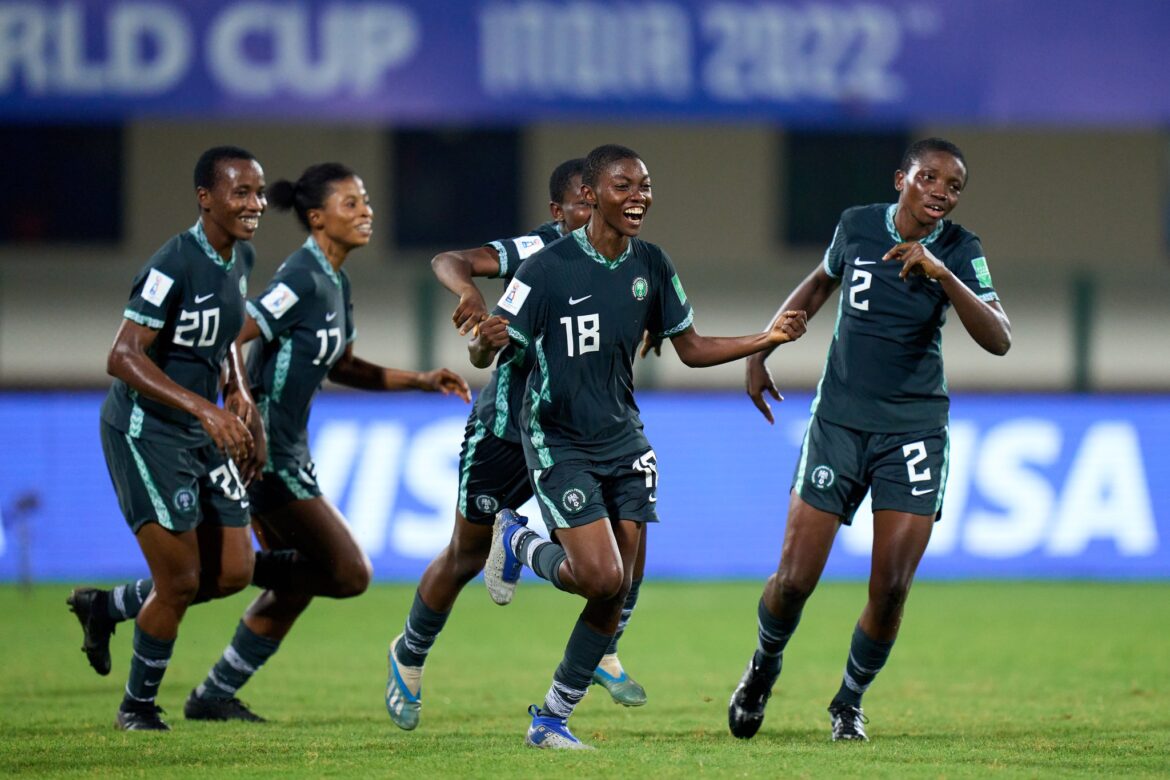 Nigeria Under-17 women the Flamigoes defeated Chile 2-1 earlier today to qualify for the knockout stages of the Under 17 World Cup going on in India.
After losing their first game to Germany, the Nigerian girls won their next two games against New Zealand and today against Chile to end as second in the group.
The Flamigoes scored their first goal as early as the fourth minute through Blessing Emmanuel. And the Nigerian girls took control of the game after the lead by keeping possession of the ball.
Late in the second half, Bisola Mosau doubled Nigeria’s lead in the 82nd minute.
However, the Chileans reduced the deficit in the 91st minute through a penalty which was awarded after a VAR review which was converted.
The match ended 2-1 in favor of the Nigerian side to move to the quarter finals of the World Cup.