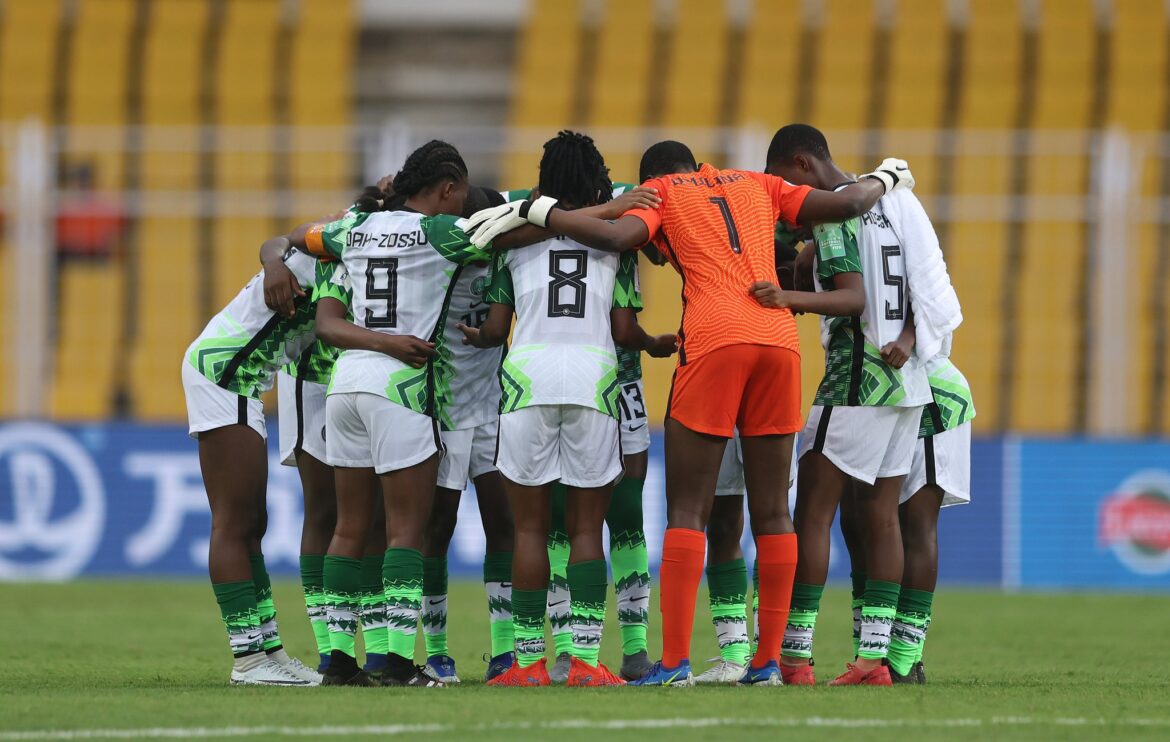 Nigeria women’s under-17 football team (The Flamingoes) bounced back with a win after losing their first match 2-1 to Germany in the opening Group B game of India 2022 FIFA U-17 Women’s World Cup. The West African side defeated New Zealand 4-0 to return to winning ways in Goa on Friday afternoon.

Amina Bello gave Nigeria the lead with a fine header from Tumininu’s beautiful cross in the 17th minute. Miracle Usani shot at goal was deflected for an own goal which doubled the lead for the Flamingoes.

Late in the first half, Bello missed a sitter after a beautiful buildup play by Ajakaye and Alvine Dah Zossu. Usani almost added another from the free-kick spot in the 48th minute but the New Zealand’s goalkeeper denied her a goal scoring opportunity.

Nigeria made it three with a goal from Afolabi Taiwo in the 75th minute gave the Flamingos a comfortable lead after a review from Video Assistant Referee (VAR). Bayelsa Queen’s Etim Edidiong scored a screamer in added time as Nigeria scored their fourth goal to seal the game.

Nigeria will square up against Chile next week Monday for their last Group B match in other to secure a place in the next round and making it out of the group. A win or a draw might be good enough for the Flamingoes after conceding less and scoring more than Chile who won their first match 3-1 and lost 6-0 to Germany.