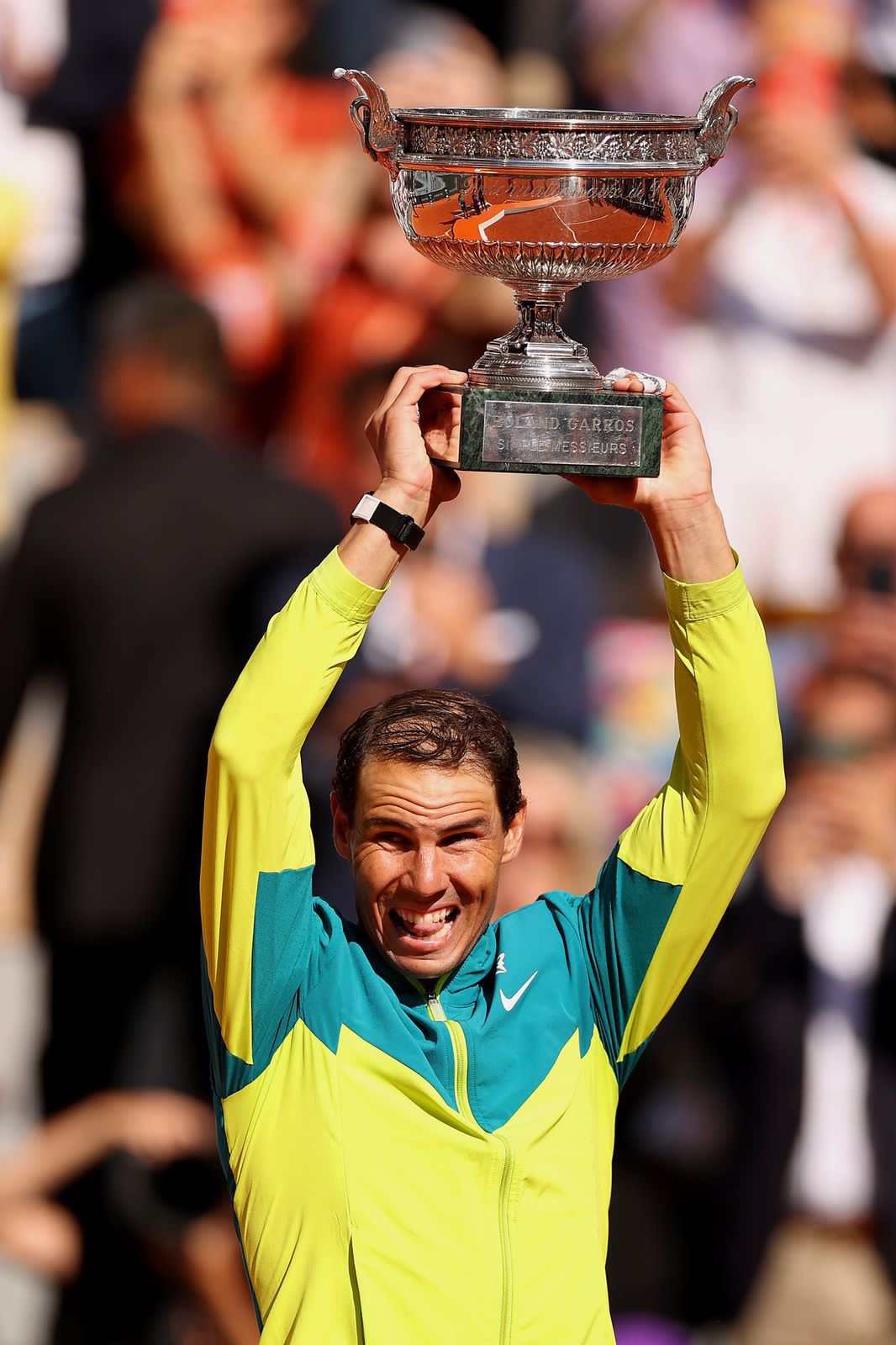 The Spaniard had one of his easiest finals ever by being totally in control of the match. He started the first set on a positive note taking the first 2 games but Ruud got back by breaking his opponent to pull one back. Nadal held on to his serve in the remaining games and won the first set 6-3.

Ruud raised his game in the second set by holding on to his serve in the first 6 games to make it 3-3, however Nadal showed why his the best on the red surface by winning the next 3 games to end the set 6-3 to go 2 sets up.

The Real Madrid fan cruised past Ruud in the third set by breaking the Norwegian on 3 occasions and taking his serves to round up the match 6-0 to lift an groundbreaking 22 Grand Slam title and his now 2 ahead of world number one Novak Djokovic who is on 20.