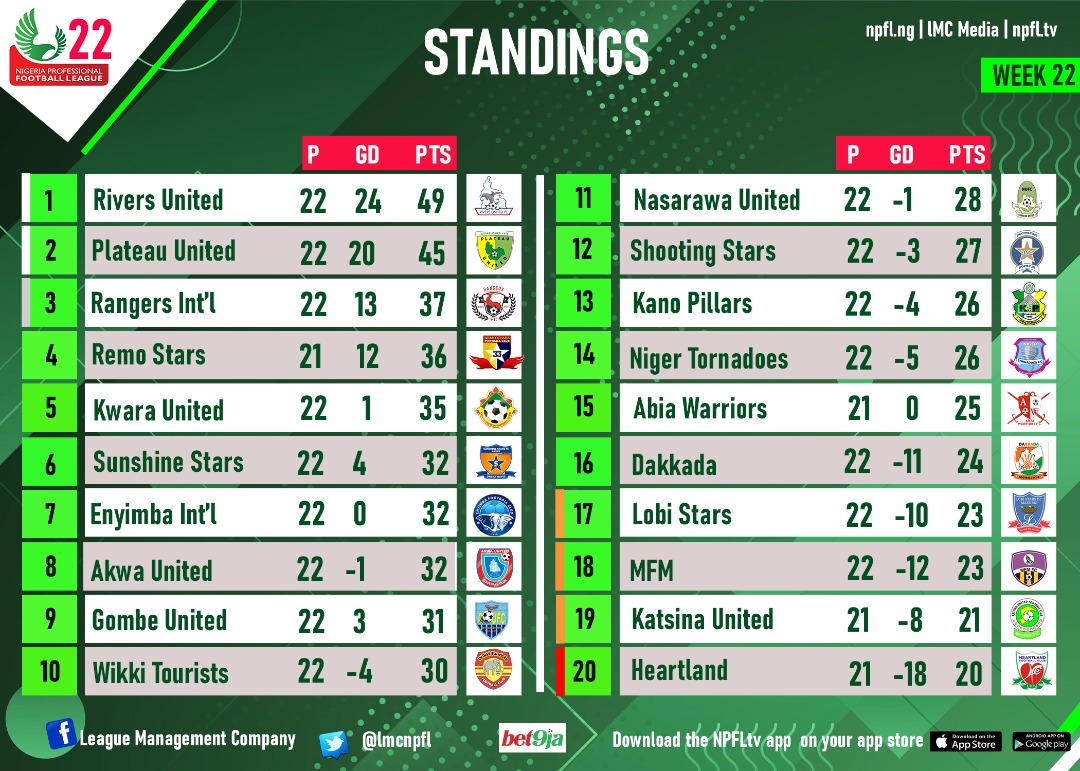 Table toppers Rivers United got the only away win of the matchday to extend their lead at the top to 4 points after defeating Katsina United 0-1 away from home.

Plateau United drew 1-1 away to Kwara United which didn’t do their title chase any good after the log leaders got crucial 3 points away from home.

In the Oriental derby, Enyimba defeated rivals Abia Warriors 2-1 to claim the Eastern bragging rights and that moves them 5 points off the continental places, they are currently seated in 7th position.

MFM are gradually grinding out needed results to make them avoid the drop, they won at home 2-0 to Dakkada and that moved them to 18th position.

Katsina United and Heartland Fc are both at the bottom of the table but they both have a game in hand and could move up the table of they win.