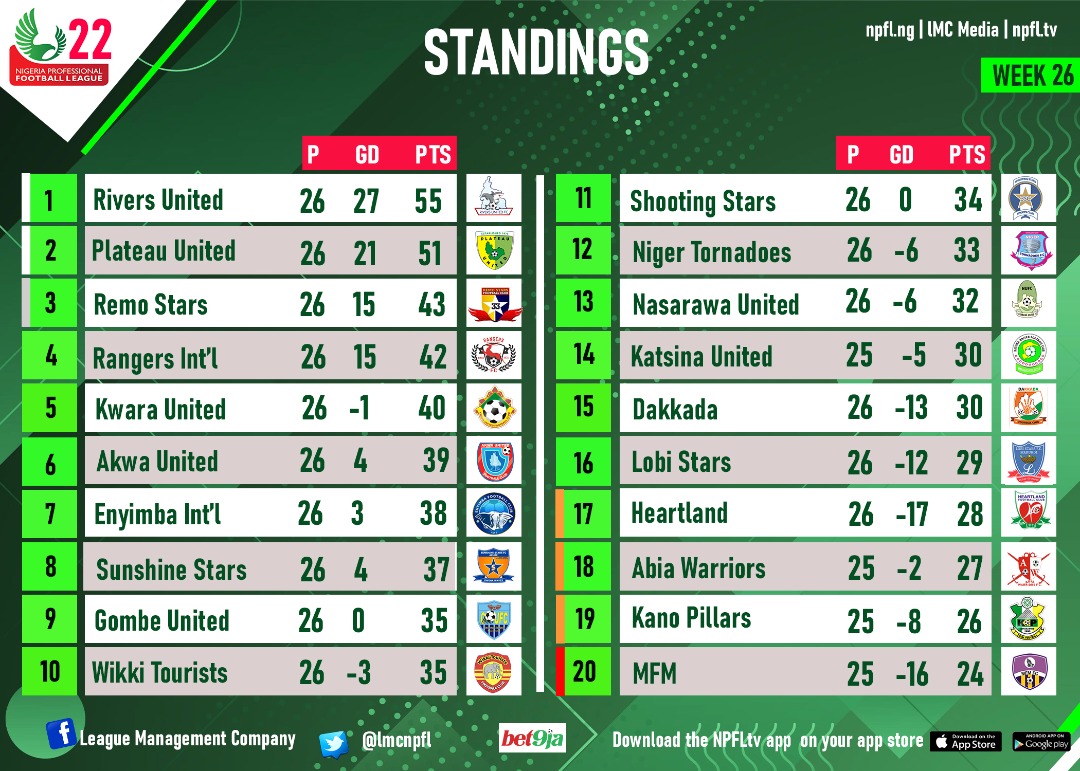 Match day 26 ended with the top two positions still the same as both title chasers lost on the road. A total of 18 goals was scored, 8 home wins and two draws from all 10 games.

League leaders Rivers lost away to Kwara United 2-1, while second place Plateau United lost 1-0 to Dakkada both lost from the title chasers were away from home. Rivers still leads with 4 points (55) while second Plateau have (51) points.

In the eastern derby, relegation threatening Heartland defeated Abia Warriors 2-1 to keep their hope of staying in the league alive as they move up to 17th place on the log.

Remo stars continental dream was given huge boost with their home win 1-0 against Wikki Tourist which moves them up to third place on the log.

MFM did their survival hope no good by drawing at home to Rangers 0-0 which leaves them at the bottom of the league (20).