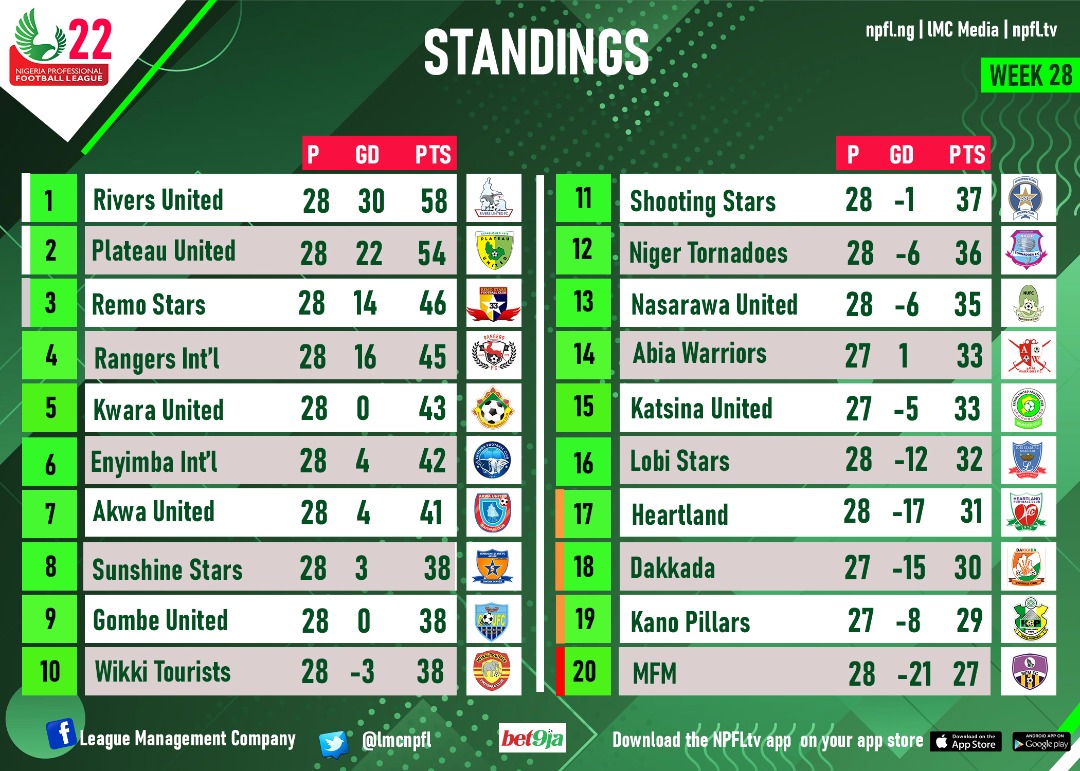 Nine games were played across the country over the weekend out of the usual ten and a total of 19 goals were scored. There was 8 home wins and 1 draw, with no away win.

Plateau United closed the gap at the top after a comfortable 3-1 home win against Wikki Tourist. They are now 4 points behind league leaders Rivers United and will be hoping for a slip so they can close the gap.

Table toppers Rivers lost away from home to relegation threatening Heartland of Owerri 2-0. Regardless of their loss they still have a 4 point lead and with 10 games to go they will be hoping not to drop more points in other to win an elusive league title.

Remo stars defeated fellow continental contenders Rangers International 1-0  to move into third place which is the guaranteed position for continental competition, while Rangers dropped to fourth.

The last fixture for matchday 28 between Dakkada FC vs Abia Warriors has been postponed to the 25th of May 2022.