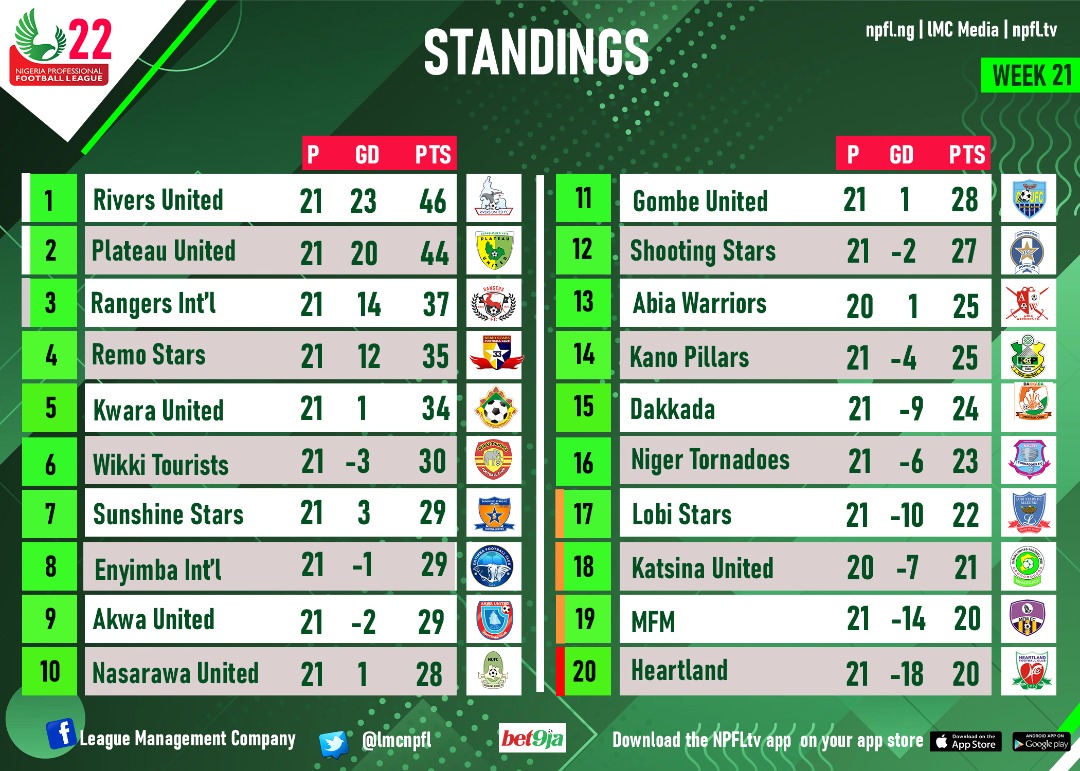 There were midweek games in the Nigerian Professional Football League (NPFL). We had 8 home wins and two draws with no away win and a total of 12 goals were scored.

Rivers United are still topping the log with 46 points two ahead of Plateau United in second. They narrowly defeated Lobi stars 1-0 at home to keep title hopes alive.

Plateau United got a late winner against Niger Tornadoes in Jos as they are still second (44) trailing Rivers with 2 points. Fidelis Illechukwu men are still in for the title and will be hoping Rivers United slip so they can go top.

In the Abia derby, Abia Warriors got the better of Enyimba winning 2-1 to end Enyimba’s 7 game dominance. That moved them 4 points above the relegation zone.

Akwa United with their new coach got two draws on the bounce after drawing 0-0 away to Kano Pillars.

The four teams in the relegation zone all lost away from home and their position still doesn’t change, Lobi 17, Katsina 18, MFM 19, while Heartland remains in 20th position.