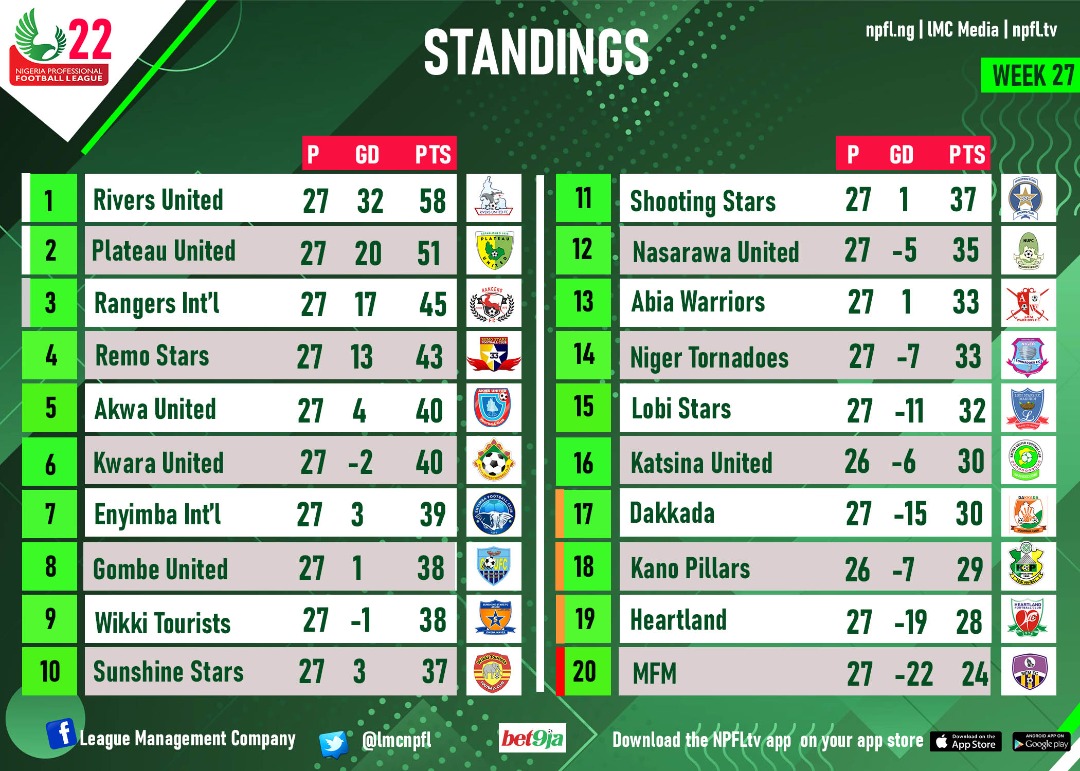 It rained goals in the NPFL after matchday 27, a total of 26 goals were scored in all ten games. There were 9 home wins and one draw.

League leaders Rivers United extended their lead at the top after hammering relegation threatening MFM 5-0 at home. They now have a 7 points cushion over Plateau United in second.

Second placed Plateau lost away from home to Nassarawa United 2-1. Their chances for the league title is gradually slipping away with Rivers United winning at home.

Rangers International won the oriental derby which gave their chances for continental football next season a huge boost after defeating Heartland 3-1.

Remo stars who are also competing for continental football lost away to Abia Warriors which leaves them in 4th position away from continental places.

The only draw of the matchday was between Akwa United and Enyimba in Uyo which ended 1-1 at that leaves them both in 5th and 7th position respectively.