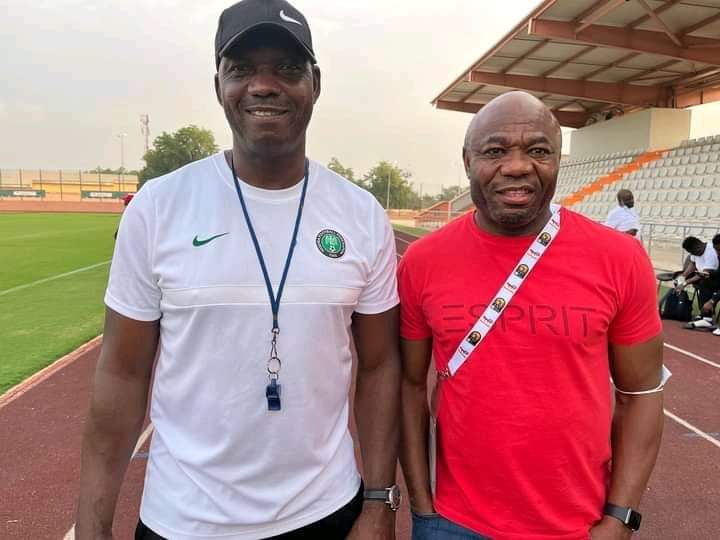 The second leg between Nigeria and Ghana which would be the decider for which team will be going to the World Cup in Qatar will take place at the Moshood Abiola Stadium in Abuja on Tuesday 29th November, 2022. One of these two West African powerhouses will be watching the Mundial at home while the other will be participating. The first leg of this encounter ended in a goalless draw in Kumasi and the Super Eagles will be wary of the away goal rule and would not want to concede; that leaves us with a mouthwatering encounter.
Below are few pivotal reasons while the Nigerian team should ensure that they qualify of the global event:

AVENUE FOR PLAYERS: Every footballer’s dream is to represent their country at the World Cup even if it’s just once in their career. The current squad only has 11 players out of the 23 man list that participated in the last World Cup in Russia; others have never been to the Mundial. This is a huge opportunity for them to participate at the biggest footballing event. One major reason why our players will want to seize this opportunity is because having the record of playing at the event on your CV as a player increases your market value. Also, one good game at the World Cup let alone a good competition from your team will definitely attract lots of clubs wanting your signature especially for being in the starting XI. For players that play for small teams this is an opportunity to move to bigger teams.

PRIZE MONEY: FIFA has a new payment structure in place which is an increase to what they had in the World Cup in Russia; the winner of this year’s competition goes home with 45 million dollars. Prize money is awarded based on how far a team gets to in the competition. For qualifying for this year’s World Cup 2.5 million dollars is guaranteed for being one of the teams to participate for the football showpiece. Also for being in the group phase even if the team didn’t go through to the knockout phase, the team will be getting 8 million dollars. For getting into the knockout out round each team gets 12 million and for the quarter finalist they will be going home with 16 million dollars etc. these are reasons why Football Federations or Associations are doing all they can to ensure their team qualifies.

OPPORTUNITY FOR LOCAL COACHES: Over time there has been a clamor for indigenous coaches in handling African teams, however for Nigeria only two indigenous coaches (Adegboye Onigbinde and late Stephen Keshi) has taken the Super Eagles to the World Cup. For Eguaveon this is a must win for him otherwise the clamor for a foreign coach would come up once again just like it has always been in the past. There is so much at stake for indigenous coaches as well in this game not just to keep their job but to also prove that they can equally offer what their foreign counterparts are bringing to the table and Cisse of Senegal proved that by winning the Nations Cup in Cameroon.

SPONSORS WITHDRAWING: A lot of sponsors have identified with the Super Eagles currently and all thanks to the NFF chairman Amaju Pinnick, however current sponsors might pull out once their sponsorship deal runs out and also intending sponsors would lose interest with the team. Virtually every brand would love to associate themselves with a team that is participating at the World Cup knowing how well that can promote their organization.

With all been said, for the benefit of Nigerian football at large it is crucial for the Super Eagles to qualify for the biggest footballing event in the world come November this year in Qatar.