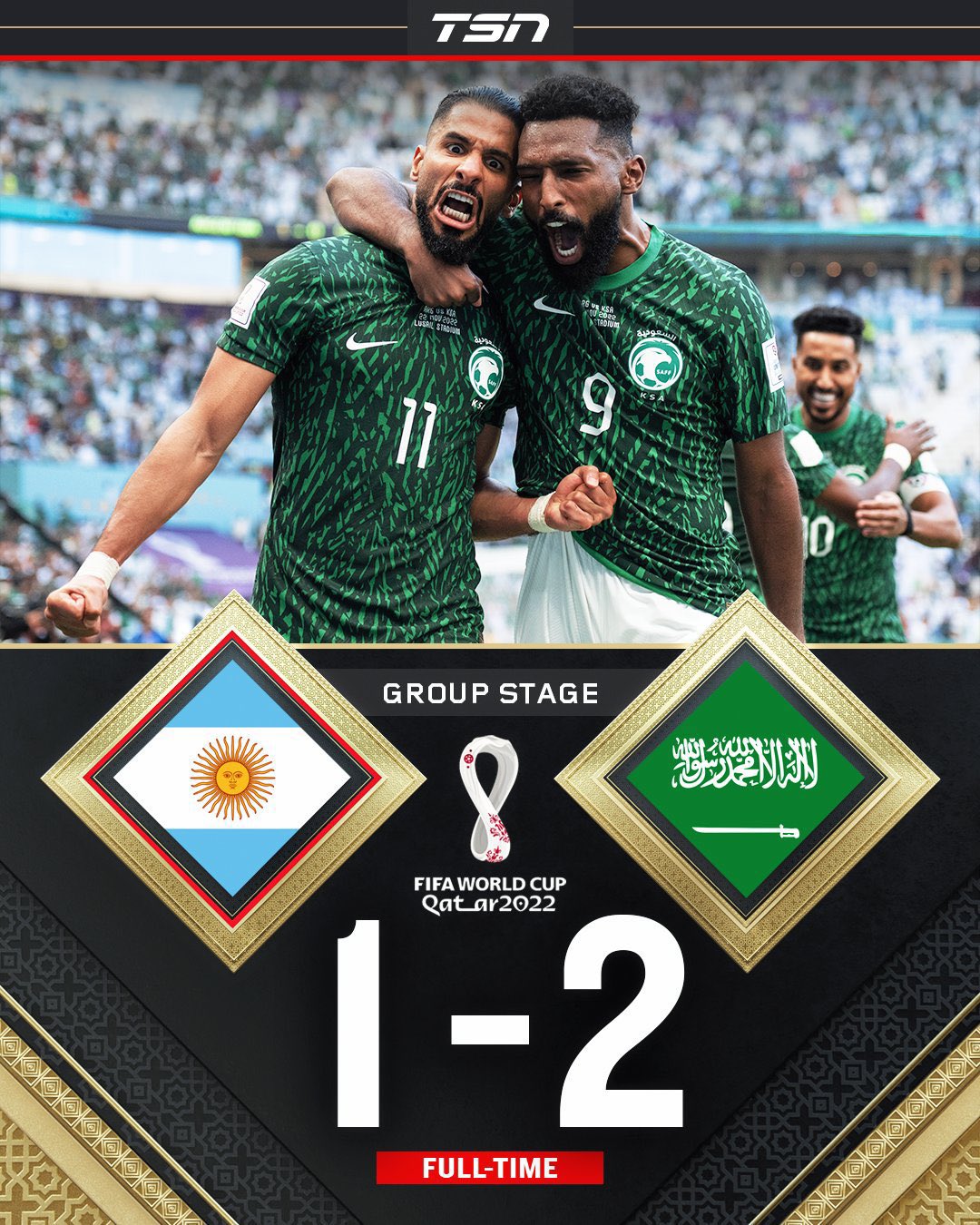 Saudi Arabia came from behind to defeat Argentina 2-1 today in Group C first match with Poland and Mexico slated to play later in the day.

The Copa America champions took the lead from the penalty spot after VAR awarded the South Americans the spot kick. Lionel Messi sent the keeper the wrong way to give his side the lead and opened his account for the football global event.

In the 28 minute Lautaro Martinez scored in what seemed like the Argentines second goal but it was chopped off for offside by the VAR. Messi also scored and was also ruled out for offside correctly.

The Asians equalized four minutes into the second half with a well placed goal from Shehri. Three minutes later, Salem scored a stunner to give Saudi a shocking lead.

Argentina raised their game after going behind and created numerous scoring chances but they couldn’t convert any. The match ended 2-1 in favor of the Asians and leaves Messi’s side bottom of the table and in a tight position now needing to win their next two games to qualify for the next round.