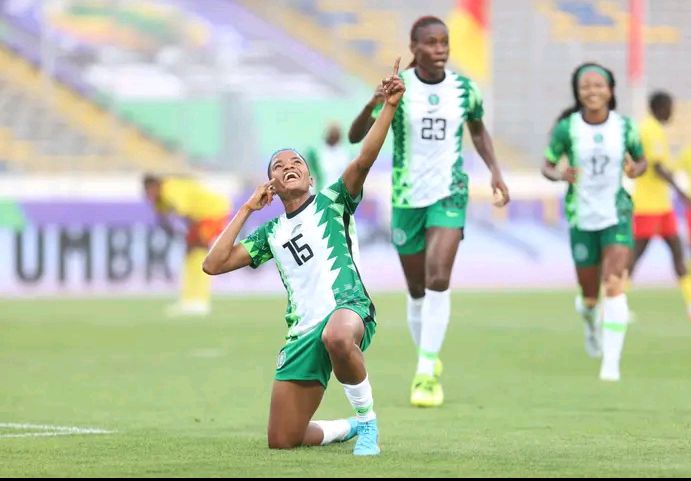 Nigeria female national team Super Falcons knocks out Cameroon in the quarter finals to advance to the semis and also qualify for the world cup in Australia and New Zealand.

Athletico Madrid winger Rasheedat Ajibade’s goal helped Nigeria clinch one of the automatic spot that all four semi finalist will get for qualifying for the last four of the competition. Ngozi Okobi drove past three markers in the middle of the park to the opponents box before laying the pass for Onumonu who sent in a lovely cross for Ajibade to head home.

Nigeria totally dominated the game but had no goal scoring opportunity to show for it. They created 9 chances and had only one on target which was the crucial that led to the goal.

Cameroon created 7 chances of their own with 2 on target but rarely worried the Nigerian goalkeeper. With few minutes to go the Indomitable Lionesses piled up lots of pressure on the Super Falcons but had no goal to show. Nigeria held on to their lead to advance to the next round.