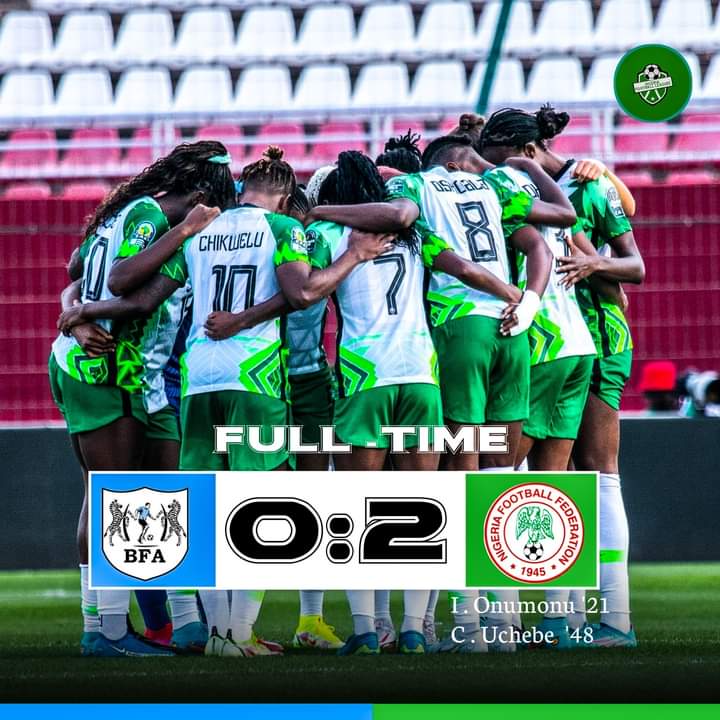 After the first quarter of the game Super Falcons took total control of the by keeping possession but creating very few clear cut chances. Nigeria took the lead after 21 minutes after Ifeoma Onumonu got a through pass into the opposition box 18 but she slotted the ball past the on rushing goalkeeper to make in 1-0.

The game opened up after the goal but the Falcons still had total dominance of the game and gave little opportunity to their opponent. The first half ended 1-0 in favor of the Super Falcons.

Three minutes into the second half Christy Ucheibe who came in at halftime made it 2 for Nigeria with a fine header from a corner kick. She got another chance in the 53rd minute inside the box after turning to shoot but her effort went way wide over the crossbar.

Waldrum made some substitution later on in the game and the new inclusions made meaningful impact to the game by creating more goal scoring chances but the Falcons couldn’t add to the 2 goals already scored so the match ended 2-0 for Nigeria and that victory took them to second on the table 3 points behind South Africa who are on 6 points.

The nine-time African Champions (Nigeria) will face debutant, Burundi in its final Group C game on July 10. Burundi are yet to register a point after losing to Botswana in their first game and also to South Africa.