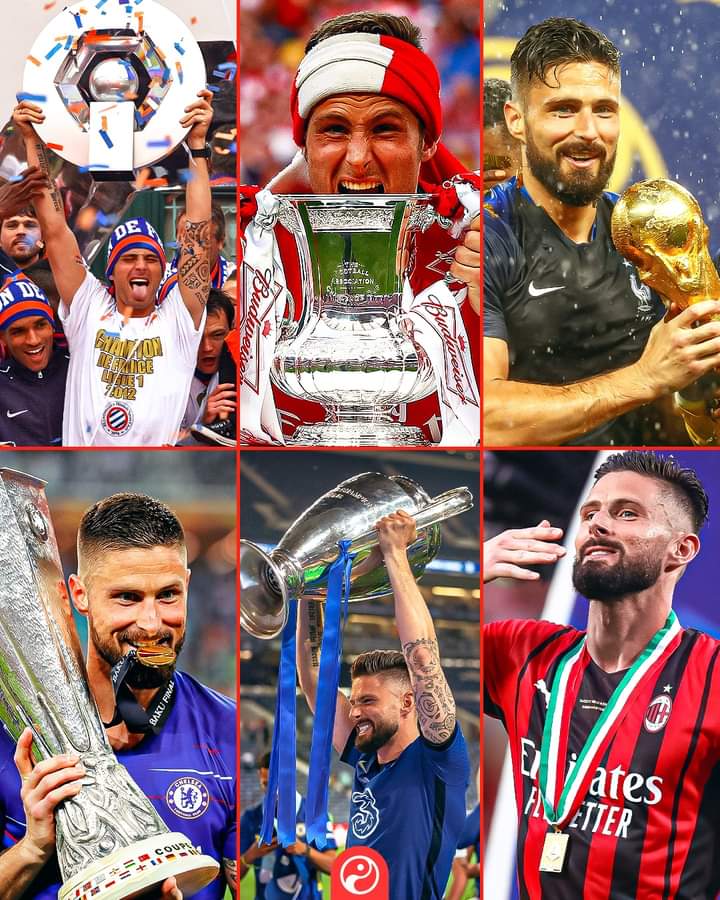 Olivier Giroud scored a brace against Sassuolo which they defeated 3-0 on the last matchday of the season to help AC Milan clinch the Scuddeto which has eluded them for 11 years and Giroud was pivotal for them in winning the title as he has always been for all the teams he plays for.

He started the season as a second choice striker behind legendary Zlatan Ibrahimovic, but with frequent injury for the Swedish striker Giroud stepped forward and scored important goals for the team. He scored a total of 11 goals and had 3 assist in 29 games to help the Rossoneri clinch the title which has been dominated by Juventus before Inter Milan won it last season.

In 2011/12, he was the joint-top scorer in Ligue 1 with 21 goals and also had 9 assists to his name as Montpellier won their first and only league title till date.

While in Chelsea, the World Cup winner was directly involved in more FA Cup goals than any other player during the 2017/18 campaign. In the following season (2018/19), he scored and assisted in the UEFA Europa League final against Arsenal in Baku, Azerbaijan where he won the Golden Boot for the competition with 11 goals.

The World Cup winner is only 4 goals behind Thiery Henry to become the all time top scorer for France and there’s every possibility that he would achieve that feat. Obviously Olivier is so underrated looking at his performances with all the clubs he has played for, many players have done less and gotten so much attention. Giroud without any shadow of doubt deserves more buzz than he is getting.