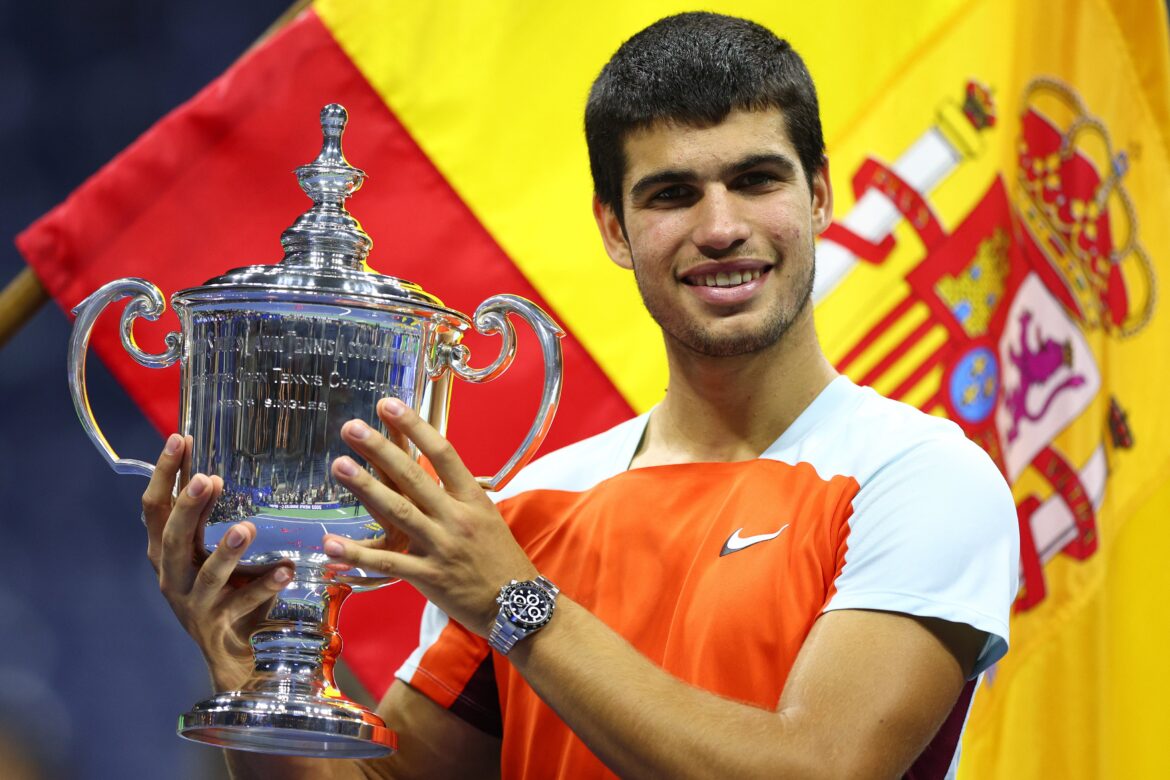 Carlos Alcaraz Gaffia becomes youngest world number one at the age of 19 by winning his maiden Grand Slam title the US Open.

The Spanish sensation defeated Gasper Ruud in four sets  6:4, 2:6, 7:6, 6:3. He broke the Norwegian in the first set and held on to his serves to clinch the first set. Ruud rallied back to win the second by breaking Alcaraz twice. The third set was keenly contested and they needed a tiebreak which Alcaraz won. The fourth was more one sided as Alcaraz was so aggressive in his play by hitting a lot of winners and he had 80% of his first serve points. Ruud was broken in the 5 game of the fourth set which Alcaraz rounded up to win his first Grand Slam trophy.

Prior to the US Open, Alcaraz was ranked world number 4 and he had 4 ATP titles to his name: Miami Open, Madrid Open, Barcelona Open, Rio 2022. He got to the semi finals of Indian Wells and the finals of Hamburg & Umag. But there was no stopping him at the US Open where he played 3 five set matches defeating the likes of Colic, Sinner and home favorite Tiafoe in the semi final.