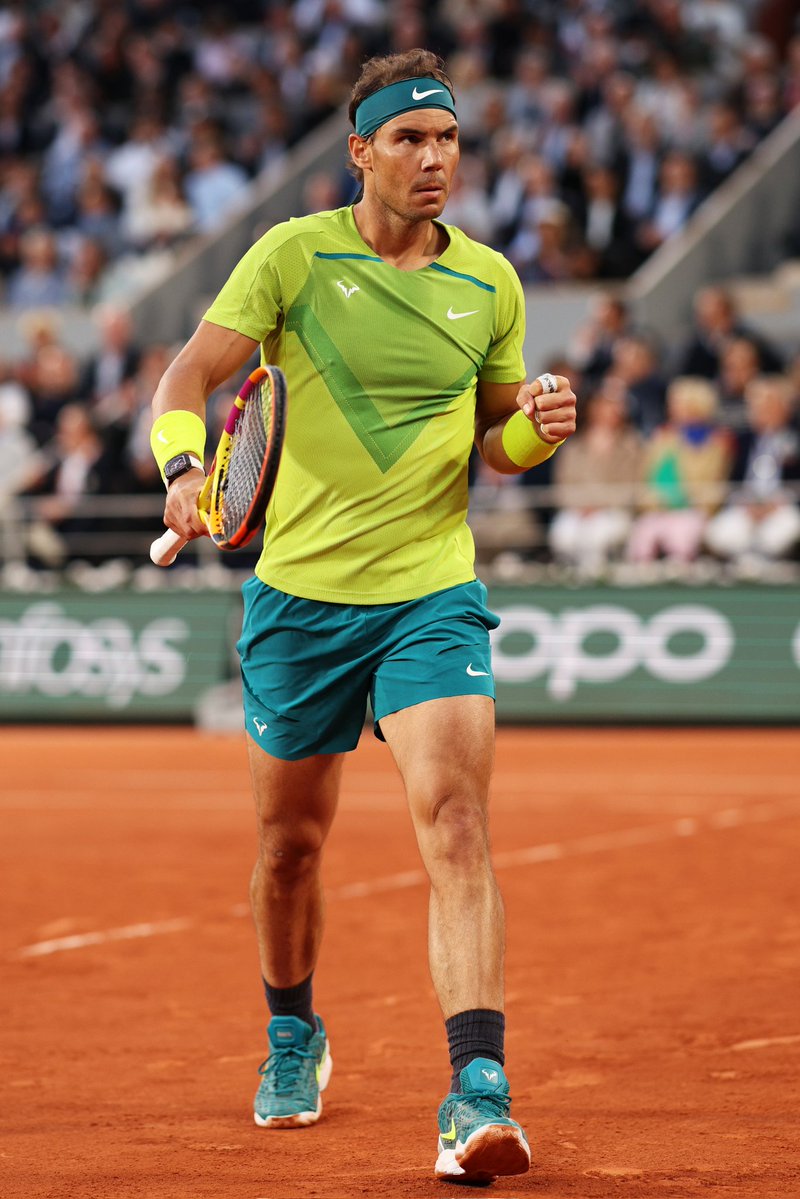 Rafael Nadal defeated his arch rival Novak Djokovic in the quarter finals of the French Open in four sets, 6-2, 4-6, 6-2, and 7-6. His win to Djokovic takes him a step closer to achieving an unprecedented 22 Grand Slam titles and so far he has 13 French Open gunning for the 14th.

The rivalry between both players is one of the fiercest rivalries in Tennis history and arguably the greatest in the last decade. Both players have played each other 59 times, the most in tennis history. Before last night’s match their head-to-head record was 30-28 in favor of Novak. However, yesterday’s win reduced the deficit to 30-29. Both players have 41 Grand Slams combined (20 for Djokovic and 21 for Nadal).

Nadal breezed past the Serb in the first set with some aggressive play by controlling the game, he won easily 6-2 breaking his the Serb serve twice.

However in the second set the Spaniard led 3-0 but the world number one fought back by taking 5 games on a stretch with some fine baseline displays and eventually won the second set 6-4.

The third set was easy just like the first for the world number 5 as Novak made a lot of unforced errors which made Nadal break his serve twice and the set ended 6-2 in favor of Nadal.

The fourth set was more competitive with both players holding on to their serve and made it 5-5 before Djokovic broke Nadal to make it 6-5 and was serving for the set, the Spaniard should his mental strength and broke back to take the game to tiebreak which he won 7-4 to make it 3 sets to 1. Nadal will be facing world number 3 Alexander Zverev in the semifinal. The Spaniard’s record at the Roland Garros is 109 wins  3 loses in 112 matches.