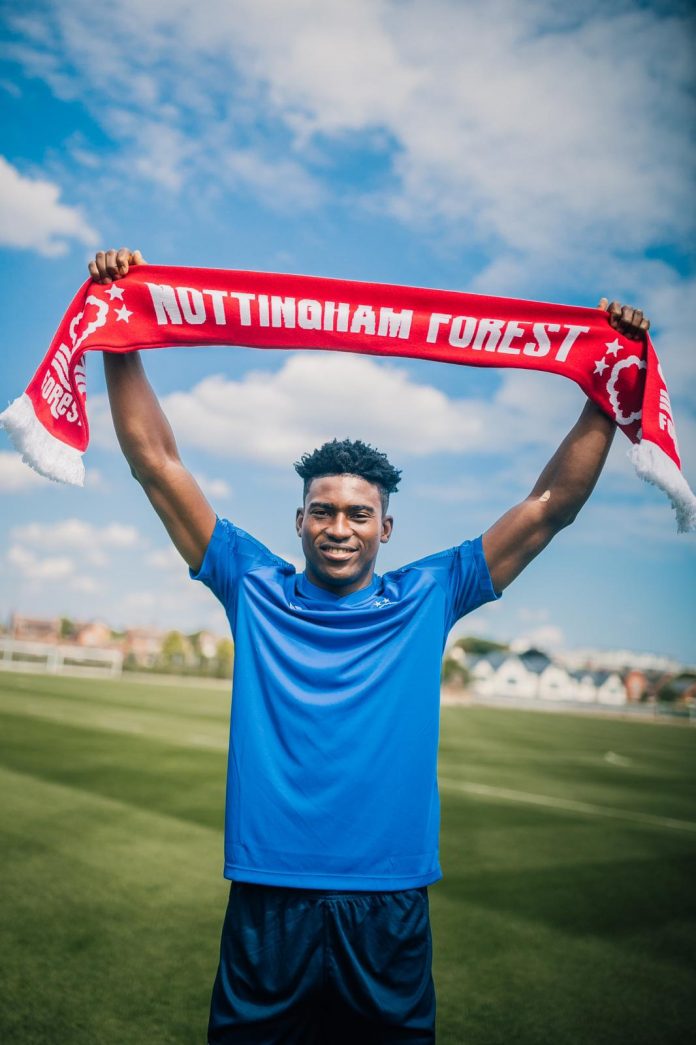 Former Liverpool striker Taiwo Awoniyi has completed his move from Bundesliga side Union Berlin to newly promoted club Nottingham Forest for a club-record fee of £17.5 million.

The 24-year-old signed a five-year deal with Forest to become their first major summer signing.

The bulky striker was on the books of Liverpool for six years but couldn’t get to play for Klopp’s men due to work permit issues. Before his permanent move to Union Berlin last summer, he spent his previous years on loan at several clubs. Liverpool will receive 10% of the fee paid paid to Union Berlin due to a sell-on clause.

It is expected that Awoniyi will be the first of many signings this summer as the Forest owners back the club’s recruitment team to assemble squad capable of staying in the Premier League.

He did not make any first team appearances for Liverpool after signing for the club in 2015 and spent the majority of his six years with the Merseyside side out on loan.

Forest manager Cooper said Awoniyi was a player the club had been monitoring closely over the past few months.

“There’s been a lot of interest of Taiwo from other Premier League clubs, and other clubs across Europe, so we’re delighted he’s chosen Nottingham Forest,” Cooper said.

Awoniyi scored 20 goals in all competitions, 15 goals and 1 assist 31 league games. He was the Bundesliga’s sixth highest scorer last season and helped Union Berlin to a fifth-place finish which guarantees the club Europa League football for the first time since the 2001-02 season.

Ever since he made his debut for the Super Eagles, the striker has made four appearances and scored his first goal for Nigeria against Sudan in January at the Nations Cup.

Forest are on the verge of signing goalkeeper Dean Henderson, 25, on loan from Manchester United this transfer window and are also in talks to sign central defender Moussa Niakhate, 26, from Mainz.